South Africa men and Namibia women have secured their places at the FIH Indoor Hockey World Cup in Belgium next year after an intense three days of hockey competition in Durban, South Africa.

It was a tournament packed with high scoring matches, a great competitive atmosphere and a sense of relief to be back playing international hockey. As Tournament Director Sarah Bennett said: “The Indoor Africa Cup was a great success. It was amazing to see international hockey being played on African soil during these very trying times, due to the Covid 19 pandemic.

“The quality of hockey was of a high standard and it was fantastic to see the growth in Botswana hockey since their last international series in 2019.

“It was also a credit to the South African Hockey Association, the local organising committee and Thomas Mores College to host this event of such a high standard

Perhaps indicative of how much playing hockey meant to the athletes was demonstrated by the positive attitude shown by the Botswana teams. With no world ranking and a team that has had little opportunity to prepare together, the sides took to the tournament with verve and enthusiasm. 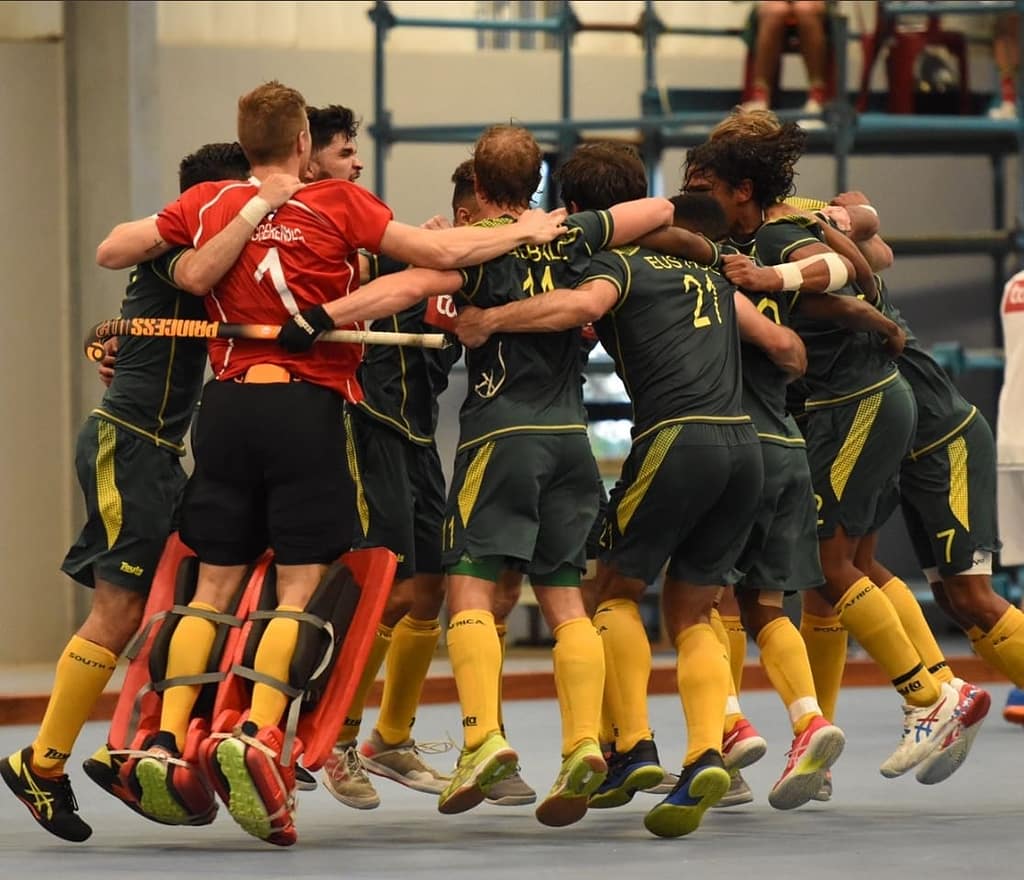 Match score lines included a 37-0 loss by Botswana men to Namibia and a 30-0 loss for the women’s team to the eventual champions.

In the round robin matches, South Africa men were a class apart as they scored 85 goals and conceded just seven during their five matches. While the 36-0 against Botswana was a master class in taking opportunities, it was the composed performance that saw them beat Namibia 4-1 in the final that marked their cards as champions of Africa and qualifiers for the FIH Indoor Hockey World Cup next year in Liege, Belgium.

Captain of South Africa men, Jethro Eustice, said: “I am so excited, we have put a long process together with this group over the past year and a half. It wasn’t easy, Namibia put up a good fight but now we can’t wait to build up for the World Cup.

For the women’s competition, it was always going to be tight between South Africa and Namibia. South Africa had the edge going into the final as they had beaten Namibia in the two round robin encounters – a tight 2-1 victory and a more convincing 4-0. However, Namibia have a lot of experience following their appearance at the FIH Indoor Hockey World Cup 2018 and were not going to be easily thrown from their goal of achieving a second consecutive African title.

Head Coach Erwin Handura set his defence up to cope with all South Africa could throw at them, and goals from Caitlin Gillies and Sunelle Ludwig were enough to secure the win, the title and World Cup qualification.

Namibia’s captain and stalwart midfielder Magreth Mengo said: “It feels fantastic, amazing and blessed. I don’t really have the words. We sorted out our defensive team and worked hard together. We helped each other and we had each other’s back.

Top goal scorers for the competitions were Fagan Hansen of Namibia men, with an incredible 24 goals and Tegan Fourie of South Africa with 10 goals.