After 2 days of swashbuckling Hockey5s action through 22 total games, we have our first ever winners of the Hockey5s event, with Uruguay, who won every match they played at the event, overcoming hosts Switzerland in the women’s final to become the Women’s Champions; while India who started the event as favourites in the men’s event, lived up to the billing prevailing over Poland to become the inaugural Champions in the Men’s event!

Overcast conditions in Lausanne proved to be a foreshadowing of the day to come as it rained goals throughout the day with teams getting more familiar with the format of the game and the tactics best suited to prevail in it. India, the eventual champions set the tone for the day with an offensive masterclass in a 7-3 win over Malaysia and from there the barrage of goals never ceased with a total of 78 goals scored in the 10 games!

Switzerland men caused the biggest upset of the day with a 7-5 win over Pakistan in a game that they trailed for most parts but kept finding ways to come back! India defeated Poland with another clinical attacking performance in the group stage match which left Pakistan to win their final match against Malaysia to seal their place in the finals. 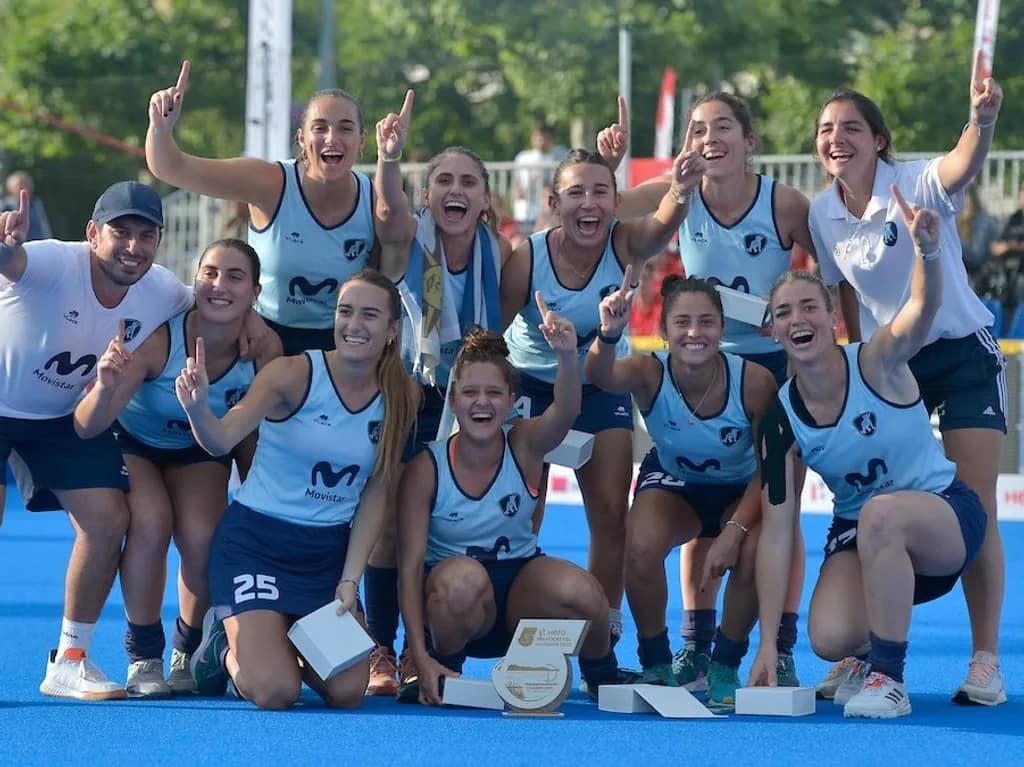 Malaysia, who had just 1 point from their first 3 games, brought their A-game into their last match and played out a thrilling 5-5 draw against Pakistan in a game where the lead swung from every couple of minutes!

The draw for Pakistan meant Poland finished over them in the 2nd position with 2 wins and 2 losses, and moved to the finals against India who ended the group stage with 3 wins and a draw.

On the women’s side, Uruguay won their 3rd and 4th match of the pool stage against South Africa and Poland to go 4 for 4 and finish top of the table with comfortable ease. The 2nd final’s spot was up for grabs for all the other 4 teams however. Hosts Switzerland who started the day in the 2nd place lost their opening encounter to India and had to rely on other results to make it to the finals. India and South Africa played the final pool stage game and after a thrilling 4-4 draw, it was the Swiss fairytale that continued to the final.

The women’s final started off with an early goal from the home team on the back of a booming crowd that certainly believed in their team. But Uruguay showed no nerves and went about their business in the calmest of manners and within 5 minutes of going behind they had not only restored parity, but also found a second and third goal to take a comfortable 2 goal lead into the half time. Skipper Manuela Vilar found the goal twice and Teresa Viana, who finished as the Top Goal Scorer and Best Player overall, found the third. The second of the game was a clinic in game management from Uruguay as they bossed possession and killed off any hopes of a Swiss comeback to win the finals by a 3-1 margin, becoming the inaugural champions of the Hero FIH Hockey5s Lausanne 2022!

If there were any doubts about the ability of the Hockey5 format to upset the pecking order, it was erased within 4 minutes of the Men’s finals, as Poland, who were the distinct underdogs, shocked India with 3 goals before India could find their feet in the game! But with 16 minutes left in the game, Indian nerves were settled by a thumping goal by Sanjay that got them going. Captain Gurinder got a second goal before the half time, that allowed India to trail by just 1 goal going into the half, and the game was anyone’s to win!

India had all the momentum going into the half and they started the second half in a similar vein. Boby Singh Dhami got India the leveller in the 1st minute and that was followed by some genius from the Player of the Tournament and Top Goal Scorer Raheel Mohammed scoring 2 goals to give India a 2-goal lead. Poland got a 4th goal that could have got them a way back into the game, but once again it was Raheel Mohammed who brilliantly set up another goal for Boby Singh Dhami that effectively ended the game with just 1 minute left.