In exactly one month, on July 1, the best players in the world will start the greatest show amongst the women’s events organised under the banner of the International Hockey Federation (FIH): the FIH Hockey Women’s World Cup!

The 15th edition of FIH’s flagship event will be staged in Terrassa, Spain, and Amsterdam, Netherlands. The Terrassa Olympic Stadium was the hockey venue for the Barcelona Olympic Games in 1992. The Wagener Stadium, located in Amstelveen, on the outskirts of Amsterdam, has hosted numerous top-flight matches including World Cups, European Championships or FIH Hockey Pro League encounters.

The magnificent draw ceremony held on 17 February 2022 in Terrassa, at the National Museum of Science and Technology of Catalonia, produced four really exciting Pools:

The opening match will see hosts Spain taking on Canada, on 1 July, in Terrassa.

The excitement among the players is mounting! Maria López (ESP) says the team “feels so excited because for us it’s an incredible experience to play at home, with our friends and families cheering for us!”. Phumelela Mbande and Bernadette Coston (RSA) focus on “developing our own brand of hockey, to then playing it consistently at an international stage.” Jane Claxton (AUS) tells about the eagerness of the Hockeyroos to “finally joining back to the world! We’re just thrilled to be able to be traveling again and participating on the international stage.” Eunbi Cheon (KOR) wishes for a better performance this time: “In 2018, we had players injured. But now we’re all ready to go, so at the moment we are very confident about being able to show our best.” Natalie Sourisseau (CAN) thinks “it’s going to be a really great tournament because it’s just a chance to showcase ourselves and showcase our team”.

The officials are ready and looking forward to an amazing tournament too! In an exclusive interview with FIH, Kelly Hudson (NZL) and Michelle Meister (GER) tell about the magic memories of the previous edition in London in 2018.

Fans still wishing to be part of the July hockey show need to hurry up to book their seats in the stands! Tickets are being sold via the following online ticketing platforms:

Last but not least, the tournament’s mascot , Lyla – a lovely dragon symbolizing the values of women in Hockey: passion, strength, wisdom, change, courage, vitality, protection and majesty – has already started a “World Tour”, having some great time with all the teams ahead of the event.

In short, all ingredients are there to enjoy a truly amazing event of world-class hockey in just 30 days! 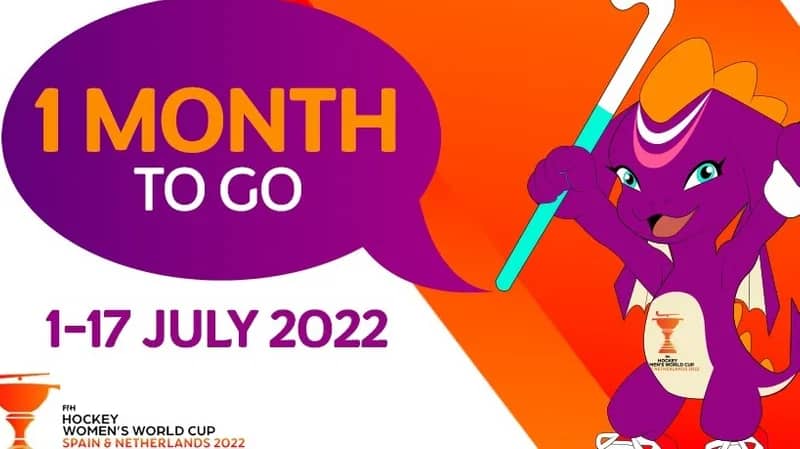